Keeping the pork in its barrel

One of the depressing moments in NSW politics last year was when the former NSW Premier Gladys Berejiklian, fronting ICAC over allegations that she had been improperly influenced due to a personal relationship, said:

I don’t think it would be a surprise to anybody that we throw money at seats to keep them.

Witness also the ex-Deputy Premier's bizarre pride in being known as Pork Barrelaro. You could read this as overdue acceptance of political reality, but for me it's more concerning. It's an indication that pork-barrelling is on the verge of becoming normalised for our political class, such that they no longer feel the need to pretend it's inappropriate. 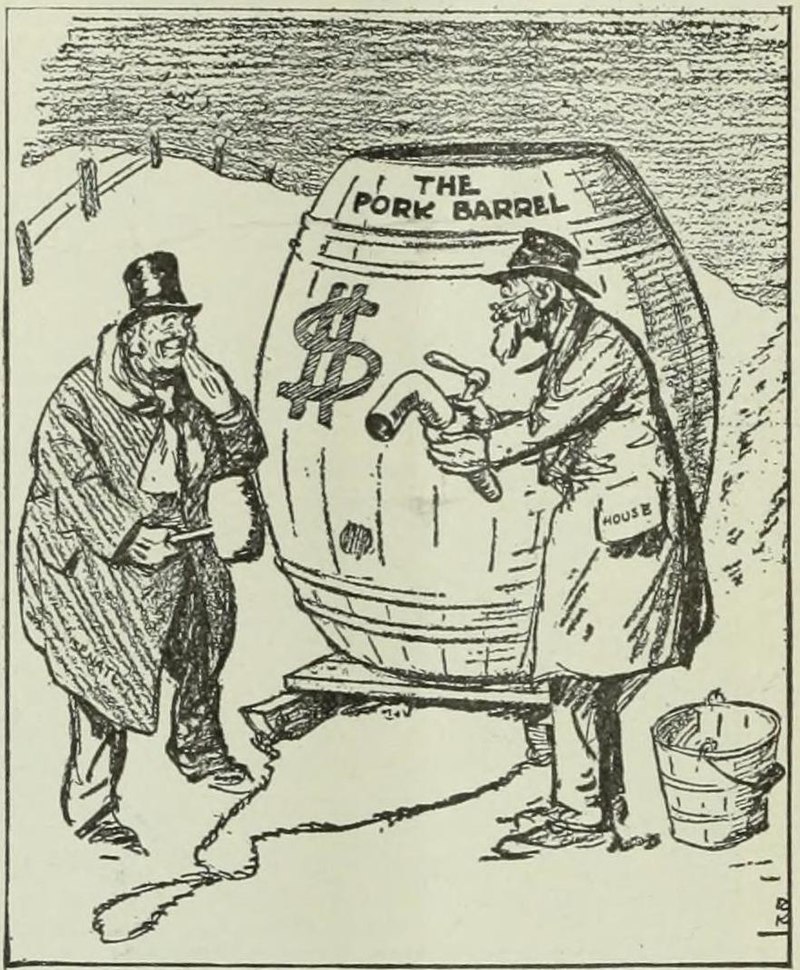 And let's be clear: it is inappropriate. When 95% of grants go to politically advantageous seats with almost no process, and notes are destroyed in contravention of the State Records Act, it smells more like corruption than good governance. The previous year, Berejiklian had (correctly) pointed out that "it's not an illegal practice". Which is hardly the point: it's extremely hard to legislate against, but laws serve only as buttresses for society. We're truly held together by culture and belief, and that the leader of a state should fall back on a facile argument about illegality speaks poorly of both her judgement and her ethics.

Considering the importance of culture and belief, it's always an interesting exercise to compare Australia to those with less (or indeed more) functional governments. For instance, I believe that one of the main things that protects us from a military coup d'etat is purely that it sounds so unreasonable, so outside of our experience: can one imagine Angus Campbell - current head of the ADF, in case you didn't know - arranging a group of conspirators intent on overthrowing the government? Or that all their subordinates would unthinkingly follow orders? The very implausibility of it makes it difficult, as those approached to carry out the coup would doubt its possibility of success. Whereas if your country has suffered from multiple military coups and you're approached to be part of a plot or ordered to do something illegal, even if you disagree you may go along due to its probability of success.

And this is all we currently have at the moment to prevent pork-barrelling - our culture and beliefs, which Berejiklian and Barilaro seemed to want to change. We can't legislate, as separating legitimate from inappropriate expenditure is a fool's errand, but only rail against it in parliamentary committees, newspapers, or indeed blog posts.

But wait. Maybe there's a systemic issue here. There's some sense that it's reasonable to 'buy' people's votes - after all, the government is supposed to give people what they want! The real problem is that money is thrown haphazardly at marginal or sometimes friendly seats, favouring some people's votes over others, as if they were worth more. Which of course they are. When a political party knows it can win government without even considering the 'unwinnable' seats, it's natural to not care that much about them.

Pork-barrelling ultimately comes from the effective disenfranchisement of large parts of our electorate: to some extent in individual seats (where their sole representative is firmly tied to a party, even if less than half the electorate voted for them), but to a greater extent in those seats firmly in the hands of particular parties. That so much relative effort is expended on marginal seats, even in the absence of explicit pork-barrelling, is a clear failure of democracy.

The frustrating thing is that there's an easy fix for this, and we already have it in two of our states and territories. Both the ACT and Tasmania have multi-member electorates, where five members are elected for each region in a similar way to which states elect six senators. By dramatically reducing the percentage swing required for electing (or losing) a member, a national party is unlikely to find any regions either safe or unwinnable. No region can be safely ignored by the party in power. Even the Tasmanian Integrity Commission agrees, attributing the relatively low level of seat biased pork-barrelling in their state politics in part to their political system (federally, on the other hand...).

So, as much as I would just like our politicians to be better people, let's go for the easy option: changing the incentives so that, at least in this narrow sphere, their ethics aren't challenged.

Since I was thinking about it, I've written down some other multi-member electorate thoughts.